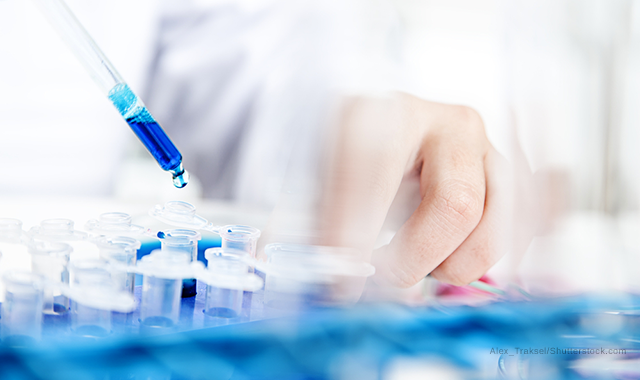 As personalized medicine grows, so does the need for specialized management of laboratory testing.

In the early 1990s, employers started to carve out prescription drug coverage from the medical benefit. This separation evolved into the pharmacy benefit management (PBM) industry of today. PBMs’ landscape focused on managing the cost of the pharmacy benefit and managing drug companies and pharmacies (see chart). PBMs consolidated the purchasing power of employers to obtain rebates from drug companies and discounts for pharmacies.

What is an LBM?

LBMs fill the need to manage laboratory testing for payers, which include employers who are self-insured and health insurers. LBMs that can offer a range of services are gaining influence over clinical lab testing in important ways. They perform several functions, ranging from educating to obtaining prior authorization to setting formularies and determining coverage policies. They also manage claims and the utilization of lab tests, often reviewing medical necessity.

Some payers adopt LBM coverage policies wholesale, whereas others check their own internally developed policies against LBM policies to see whether their own policies might be improved.

Routine tests make up most of the market, including common lab tests such as complete blood count, lipid and liver panels, urinalysis and cultures for infectious diseases. However, much of the recent growth in the number and expense of laboratory tests relates to specific conditions such as cancer, cardiovascular disease and diabetes. Examples of diagnostic tests include the following:

Tests are reimbursed according to current procedural terminology codes. Currently, there are approximately 1,860 codes. The price of these tests can vary greatly, ranging between $2,000 and $12,000. The high prices and the number of tests clinicians are ordering can make lab tests a cost burden for payers. As a result, they are seeking ways to better manage the use and reimbursement of such tests. However, the soaring number of tests is outpacing formularies, billing code sets and clinical utility evidence, which are all necessary for coverage determinations.

Many professional societies have issued guidelines that spell out which tests are medically necessary, but in reality there is minimal adherence to these stated guidelines. In addition, there is just not much agreement on when these tests should be completed.

Today, there often is confusion about which tests get ordered and why. To some extent, the tests physicians order are determined by the pathology laboratories that do the tests. Some are done in-house by the lab, whereas others are sent to an outside lab. Certain payers have said the most efficient use of resources is to have an agreed-upon panel of tests set for each cancer type. The pathology labs are opposed to this practice because it impedes their ability to differentiate their services and may affect their profitability. Labs competing for market share want to be able to control the integrity of their profiling systems from both financial and performance standpoints. That competition can lead to fragmentation.

Payers are also contributing to the chaos. Many have minimal understanding of the evolving technology of genetic testing. They believe that by limiting molecular testing to more traditional methods, as opposed to next-generation sequencing or cell-free DNA technologies, they are controlling cost. Just the opposite may happen. In response to limiting reimbursement to older standards of practice, some laboratories have been known to resort to billing multiple gene codes, also known as stacked billing. As a result, it is not always apparent to the payer whether the tests were appropriate for the patient.

Stuck in the middle are the physicians. They may be knowledgeable about the current recommendation, but labs and payers have turned ordering lab tests into a tug of war. A lab may recommend a test that may be clinically appropriate for the patient, according to current guidelines, and the payer may say the test is not medically necessary, per their coverage policy. But payers also have reason to be wary of unnecessary lab tests ordered because they increase revenues and profits for the labs.

Both Avalon Healthcare Solutions and Kentmere Healthcare Consulting Corporation state their services can cut the cost of clinical lab testing. Avalon has stated payers can cut costs from between 8% to 12%. Kentmere’s website says health plans can get a 20-to-1 return on their investment.

Research generally supports the positive financial impact of genetic testing. The research is largely done on specific diseases. For example, for certain gastrointestinal tumors, studies indicate cost-effectiveness for genetic testing of $92,000 compared with typical treatment regimes. Testing ensures appropriate drug therapy as a part of precision medicine, as well as the avoidance of costly invasive exploratory procedures (e.g., biopsies) that are currently the standard of care.

Although there are differences between PBMs and LBMs, employers can transfer the lessons from one industry segment to another. For the most part, PBMs have provided value to employers in the form of formulary management, utilization management and lower drug costs through volume purchases and rebates. On the flip side, payers acknowledge that PBMs have their limitations and require oversight.

Employers should consider using an LBM to help manage the coverage, reimbursement, claims payment and utilization management of laboratory tests. As the market develops, employers should understand that LBMs provide only a portion of the requirements for better precision medicine and develop strategies to gain a greater benefit.